Retraining the over 55’s 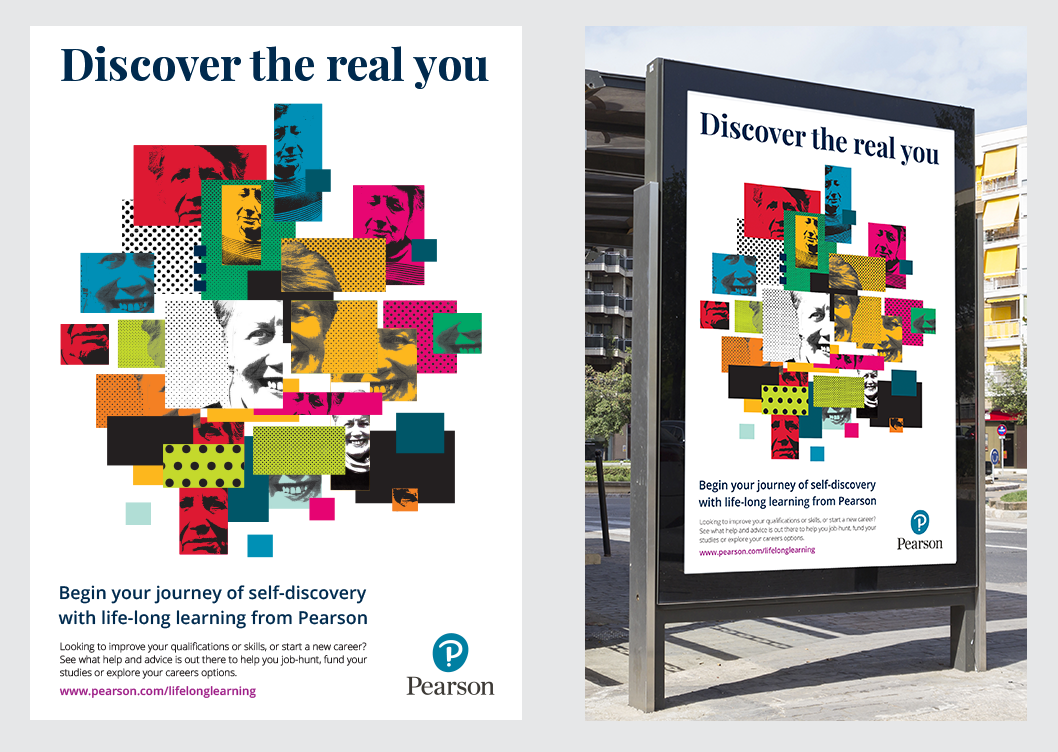 The brief for this, one of my earlier degree projects entitled “Retraining the over 55’s” was released as a D&AD new blood brief. Being slightly south of the maximum age range to enter I wasn’t able to enter the competition. It did, however, provide me with a great brief to crack on with. When researching the different visual languages used for re-training people over the typical age range, I was met with the usual pedestrian royalty-free image library graphics – most featuring “older” people actually sitting in a classroom setting and looking “overjoyed” at the daunting reality of being there. I suspect you know exactly what type of image I’m describing.  I felt I needed to ring the changes a bit, and looked to create new images that the over 55’s could relate to. 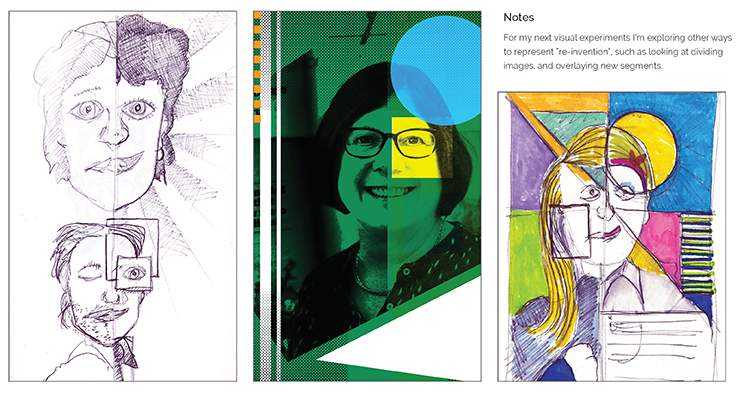 The first sketches for this project.

After discussing the project with people over this age, I discovered that although many could see the obvious benefits of retraining to enhance their careers – many thought they simply “couldn’t do it”

From then on, I decided to try and focus on a sort of “rebirth” range of images with 1950 / 60’s pop-art as a basis for the overall style. I wanted to create a sort of “explosion” whereby lots of emotional states of someone’s mind are “thrown up in the air” and then re-assembled post training. To do this I took two shots of my Mother-in-law (after having previously bribed her with a strong cup of tea and a cake) one not quite sad, but slightly pensive – tinged with regret. 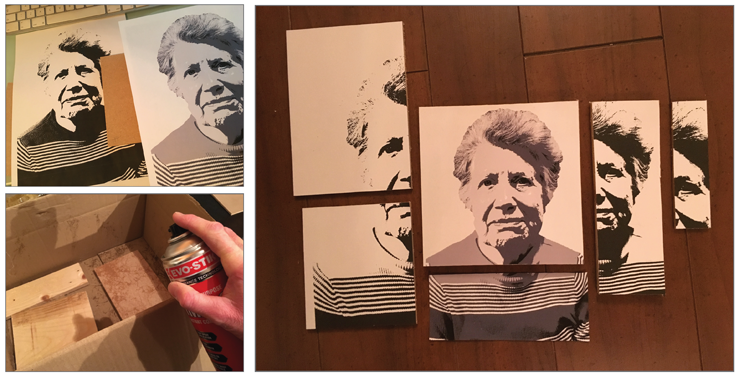 The posterized shots where first glued to pieces of wood.

The next would be the “after” happier image. The latter being taken after (a little) hair and makeup had been suitable addressed! 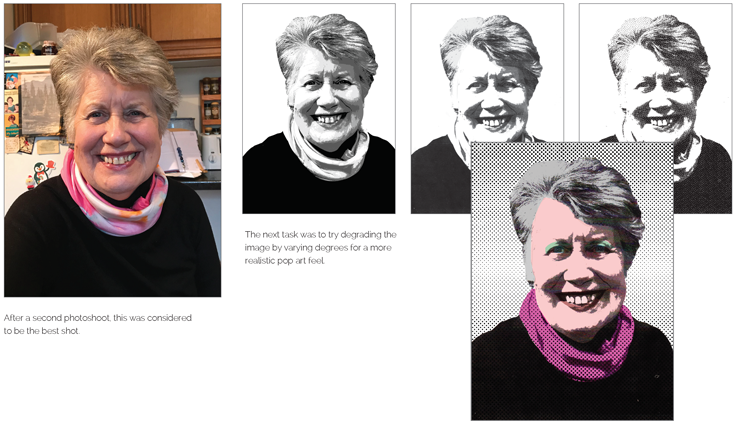 Whilst actively trying to avoid the use of software for a change, it did become more practical to colour up the black and white shots after they had been arranged. Above can be seen early experiments in how the different pieces of wood could lay on top of each other to create the effect I was looking for. 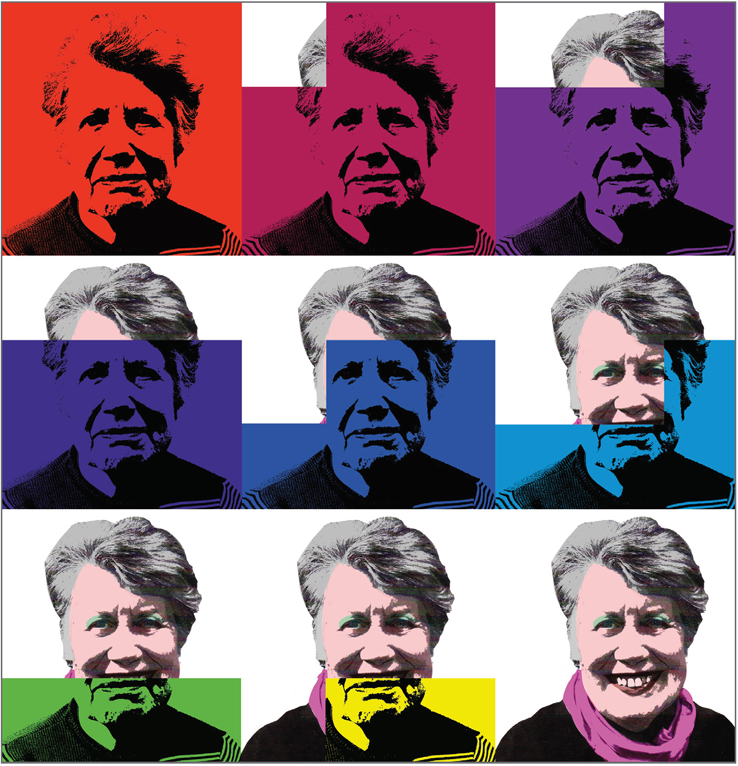 I also experimented with a horizontal and vertical transition. 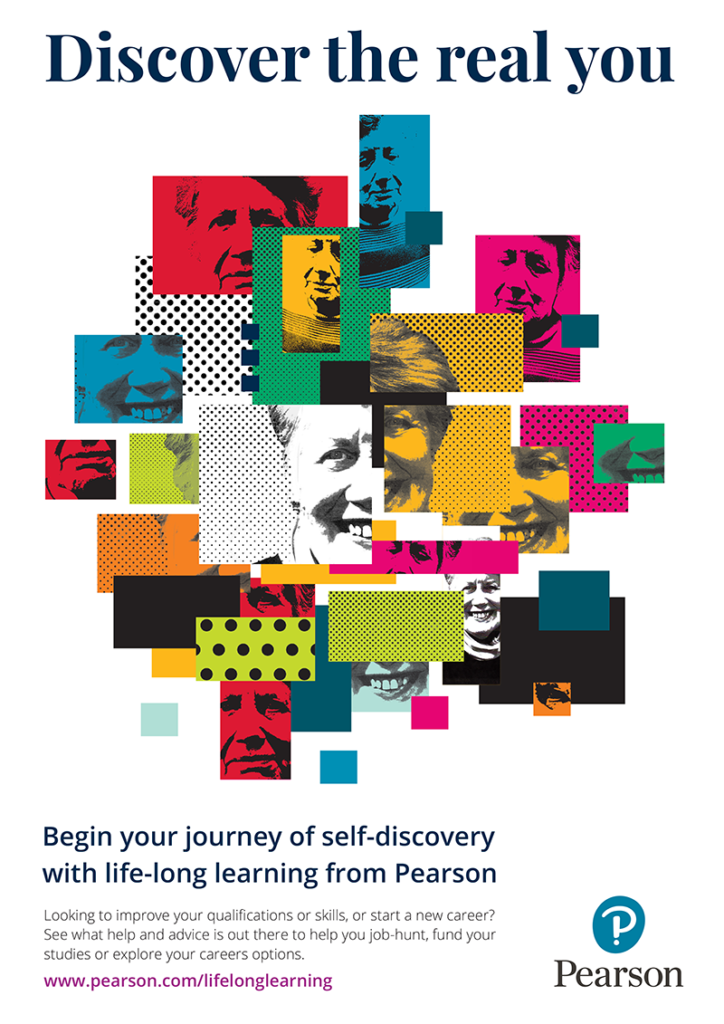 Here is the final “exploded pop-art” image, which I’m very happy with and was well received by my tutors.

← The Hacking Trust Website Takeda video intros →
I use cookies on this website to give you the most relevant experience by remembering your preferences and repeat visits. By clicking “Accept All”, you consent to the use of ALL the cookies. However, you may visit "Cookie Settings" to provide a controlled consent.
Cookie SettingsAccept All
Manage consent

This website uses cookies to improve your experience while you navigate through the website. Out of these, the cookies that are categorized as necessary are stored on your browser as they are essential for the working of basic functionalities of the website. We also use third-party cookies that help us analyze and understand how you use this website. These cookies will be stored in your browser only with your consent. You also have the option to opt-out of these cookies. But opting out of some of these cookies may affect your browsing experience.
Necessary Always Enabled
Necessary cookies are absolutely essential for the website to function properly. These cookies ensure basic functionalities and security features of the website, anonymously.
Functional
Functional cookies help to perform certain functionalities like sharing the content of the website on social media platforms, collect feedbacks, and other third-party features.
Performance
Performance cookies are used to understand and analyze the key performance indexes of the website which helps in delivering a better user experience for the visitors.
Analytics
Analytical cookies are used to understand how visitors interact with the website. These cookies help provide information on metrics the number of visitors, bounce rate, traffic source, etc.
Advertisement
Advertisement cookies are used to provide visitors with relevant ads and marketing campaigns. These cookies track visitors across websites and collect information to provide customized ads.
Others
Other uncategorized cookies are those that are being analyzed and have not been classified into a category as yet.
SAVE & ACCEPT